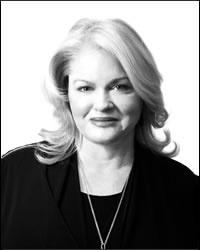 When the homeowner of a 1950s bungalow located in the Beaches area of Toronto decided to have the main-floor bathroom renovated, she chose not to make it larger. The very dated bathroom was small and functional, but expanding the size was quickly vetoed since it meant giving up closet space in her adjacent bedroom.

Vital in any home renovation is the budget. Because construction prices have escalated during the past few years, the homeowner wanted to account for everything before making any decisions.

The design team prepared a budget with various options, including removing the tub and converting it to a shower and installing a wall-mounted toilet.

After working through the initial budget, the homeowner decided it was more cost efficient to leave the plumbing fixtures in the same location and work on maximizing the overall impact of the space through interesting fixtures and finishes. The budget would fall between $15,000-$20,000.

The overall idea was to make the bathroom more glamourous and provide a ‘wow’ feature that would surprise guests. Also important was for it to reflect nature and be a calm oasis. While incorporating this ethos, the new bathroom also had to be consistent with the esthetic of the rest of the home.

The design team sourced a carved river stone sink from Agua Canada that became the inspiration for the design and provided the element of surprise – the ‘wow’ feature. A black river stone tile floor added to the nature vibe, plus the idea of a heated pebble floor in the winter was appealing.

A porcelain wall tile reminiscent of a rift-cut log was oriented vertically to extend the height of the space. The design team originally wanted large-scale porcelain slabs for the walls to convey a continuous line from floor to ceiling. The price was not within the budget, so a compromise was made.

A sleek modern tub from Agua Canada was chosen to provide an element of simplicity, with matte black faucets to accent the shower and sink. The owner, who is a proponent of aging in place, requested a grab bar in the tub area, and one in matte black was added to complement the overall design.

A solid wood vanity was important to the homeowner, plus it had to be made in Canada and offer a warranty. A shaker-style unit was sourced from DM Bath in a floating style to make the bathroom seem more spacious. Matte black paint was selected with a white quartz countertop that would set the stage for the river stone sink. Square crystal knobs mounted on the drawers provide a luxurious accent.

The vanity is six inches larger than the previous one and to save space, the bathroom door was configured to swing out into the corridor, rather than into the bathroom. A pocket door would have been ideal, but it would have meant relocating the adjacent linen closet, which was not desirable.

The medicine cabinet was replaced with a more modern, circular one, framed in black. The wall cavity was reframed to support the 28-inch mirror that is accented with black vanity lighting with closed globe lights.

After the existing tub and shower were demolished, foam insulation was found between the studs. Creating a shower niche meant removing a good portion of it, but the homeowner decided that while the niche would have been nice, it was not a priority and she would rather keep the insulation intact. As well, the new tub proved to be an inch longer and also slightly wider than the old one. To accommodate the new tub, the wall at one end had to be moved and reframed to support the tile.

Despite a few hiccups (which also included the delivery of the incorrect tile), the end result is a beautiful space that meets the client’s overall objective: a calm oasis with a ‘wow’ feature to delight and surprise guests.

Samantha Sannella
"SAMANTHA SANNELLA, BFA ID, M ARCH, is a designer, educator and principal at Urban Retreat Homes. She is an expert in the field of design and construction and is a columnist for several HOMES Publishing Group publications."
6 articles